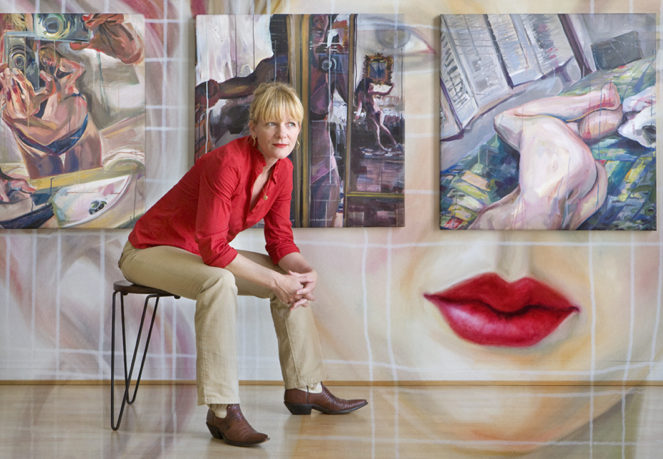 Anna Stump is an artist and arts educator living in Twentynine Palms and Los Angeles. She earned her Bachelor’s degree at Occidental College and her Master of Fine Arts at San Diego State University. She was a Senior Fulbright Scholar to the Fine Arts Department at Anadolu University in Eskisehir, Turkey in 2006-2007. She taught lecture and studio art courses at San Diego City College and Grossmont College from 2003-2020.

Anna is the founder of the San Diego Feminist Image Group, and one half of the painting collaboration team Hill&Stump. She is co-owner of the Moonhuts, a photography and video studio in Los Angeles, and is currently developing the Desert Dairy Artist Residency and Mojaveland to serve artists and the public in the High Desert outside Joshua Tree National Park.

“My work as a painter, performance artist, and curator is intimately connected. Interest in body politics, feminism, and physicality is grounded in community building and education, which I challenge personally by cultural risk-taking. My job is to both please and provoke.”